What happens when cells are exposed to radiation?

In this case, an electron is emitted from the atom. Let’s take a look at the structure of an atom. In the center of the atom is a nucleus. Traveling around the nucleus are electrons. If the atom were the size of a baseball field, the nucleus would be smaller than a golf ball. Electrons can be forced from their orbit by energy from radiation. This process is called ionization or electrolytic dissociation. 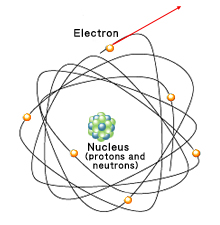 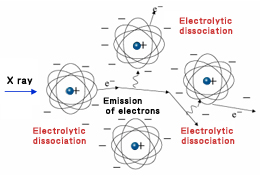 Image of initial reaction to radiation

Different from electron exchange in typical chemical reactions, predicting which electrons will be emitted by exposure to radiation is impossible. Ions, also called radicals, generated in this way are extremely unstable chemically. They have very high levels of chemical reactivity, and therefore generate indiscriminate chemical reactions. 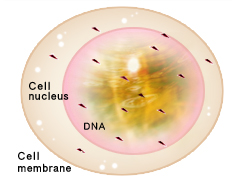 Image of minor damage to a cell

Radiation and electrons bombarded by radiation move haphazardly inside the cell, resulting in damage to the various molecules forming the cell. Chromosomal DNA inside the cell nucleus can also be damaged.

What ultimately becomes of cells harmed by radiation?

When radiation dose is large

Because of damage to DNA and resulting cell death, white blood cells can decrease and mucosa of the digestive tract may become injured, resulting in diarrhea, among other symptoms.

When radiation dose is smaller

The acute symptoms described above do not appear in exposure to lower radiation doses, but there is damage to cells, which attempt to repair themselves. Very rarely, however, mistakes do occur in the repair process, resulting in genetic abnormality (mutation). It is believed that inside such cells, certain developments may cause cancer in the future.

When part of a DNA break is repaired incorrectly, chromosome aberrations occur.

Radiation is harmful to health because radiation exposure can damage cellular DNA (mostly in the form of DNA breaks). 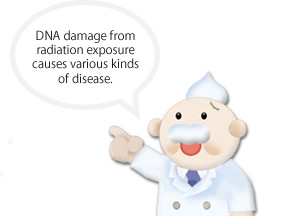 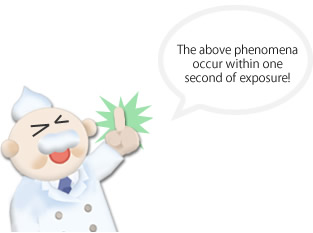 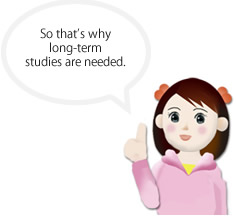